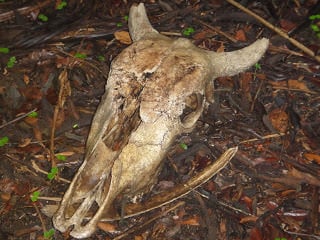 With an ever so slight tequila hangover I set out on what would prove to be a long journey to the Pantanal. After 14 hours by overnight bus (‘Philip’ my bus buddy encroaching on my personal space for most of it, though at least he had the courtesy to introduce himself first before stretching his legs and arms across me), five hours by minivan, and an hour by jeep, I finally arrived at the Brazilian wetlands.

I am borderline (read: completely) embarrassed to admit that I was inspired to visit this far flung corner of Brazil after reading a John Grisham book – the Testament. But let’s not focus on that, the important point is that I’d wanted to visit this marshy, swampy place for over ten years so I was somewhat overwhelmed to be there. And the place did not disappoint.
The Pantanal is not called the wetlands without reason and in four days I saw more rain than London could cram into one rubbish Summer. It was proper wet – despite wearing a full length, bright yellow fisherman’s waterproof coat over my own waterproof jacket (attractive, and no I’m not sharing those pictures) I managed to get so soaked that even my underwear was drenched.
There was something fascinating to me about the brown water that was everywhere, the damp jungle we trekked through witnessing nature at it’s best – cappuccino monkeys in their natural habitat (were they names by the Italians? Is it their favourite brew – I must Google this). We watched them for an age, sat in the tree tops playing cards and drinking beer (I imagine) while they waited for the season’s rain to pass, which would take months.
There were no ‘activities’ arranged by the tour company on the first day, so the new arrivals, full of excitement at having survived the journey, created their own – caipiarina drinking. Of course. I had chosen to stay in the ‘luxury’ dorm rooms rather than the hammock area on account of the fact that my body was already riddled with mosquito bites, but as one of my new friends was staying in the camping area which had drinks a whole $2 relais cheaper, I was there. It turned out there were two problems with this strategy. Firstly, the Brazilians are incapable of making a weak drink and secondly, the campground was a ten minute cross country trek back to my ‘luxury’ dorm. 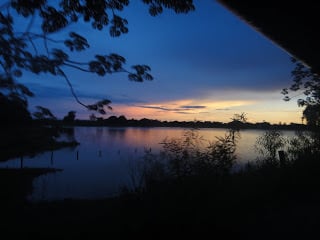 Night fell quickly and without the benefit of sodium glare or a torch on me I was forced to make the trek back to my room on my own, in the dark, across the fields, past the bulls, under the influence of about half a bottle of cachaca all whilst trying to avoid the cow pats, swamp areas and, of course, the ‘killy-horse-snakes’. Cute name. Deadly animal. I’ve never moved so fast in my life and, unbeknown to me, under the pressure of nature, I am able to vault over a locked gate. About my height. In a skirt. Without killing myself. Well done me. Again, no pictures of this. Fortunately.
The next day was Piranha fishing. I would like to say that I excelled at this hunter-gatherer activity but after the umpteenth try, all I had managed to catch was my hook on the dock. As other people effortlessly plucked fish after fish out of the murky water I was left pulling on my cane-like rod, convinced I had a beast of a catch, when the guide told me to leave it, he would unhook it later. I’d caught the dock pretty well. Deflated I boarded the dug out long boat for the next activity – a boat trip down the Pantanal. That activity I knew I would be good at as it only involved sitting down and looking at stuff (pretty much an accurate description of my job for the past seven years). 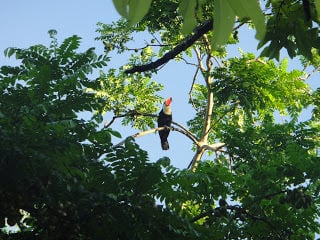 The Pantanal brochures promise Jaguars, Anacondas, wildlife galore. It was pissing down. All the animals were hiding, but I didn’t care. I’d come to see the brown water systems, the overgrown banksides, the sense of remoteness (yes, weird I know) and I got it. The fact there were also millions of exotic birds, including the amazing Toucan, and enough Caimen (freshwater crocodiles) to dispose of an entire population, their eyes threateningly luminous in the dark, I was happy as a pig…or human…in mud.
That night we ate the piranah – verdict: not for me!
Day two involved horse riding. Nice. We set off and, a now expert (I’d ridden A (singular) horse before), I felt calm. Until my horse decided to take a detour under a tree. Clearly the branches were high enough for my speckled nag to get under. Less so for his passenger. All I can say is that years of drunk limb dancing came into their own as I (like to think gracefully?!) let go of the reins and leaned back until I was flat, just missing the tree branch that was threatening to do some serious damage by severing my head from my body. A couple of cuts and grazes, a few bruises and all was well. City girl does horses – not sure I’ll be undertaking that particular activity again in a hurry 🙂
In the afternoon we set off again, this time by truck. I was coming to tire of the24 bridge muddy road. There was no chance of speed and the road needed to be travelled every time we left the lodge. It was a minimum 2 hour round trip before any activities even began. Finally making it to our location, we set off on foot in search of animals. We saw plenty, but the greatest animals were the brazilian-squealing-howler-girls who yelped every time a bit of the undergrowth moved. 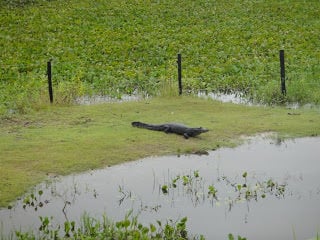 My personal favourite moments included one girl heading back to the truck after five minutes because she didn’t like the creepy crawlies (quite what she thought the trip would be no-one knows) but this was surpassed by another girl who had open bottom trousers, which a small family of ants decided to use for shelter from the rain. My undignifed horse ride was nothing compared to this girl holding the waistband of her trousers out so far you could see her underwear then thrusting her hand downwards in a series of frenzied scratching motions. There were tears and another ‘man’ back to the truck. With only two brazilian-squealing-howler-girls left to frighten off any animals we did see, I wanted to high five the guide when, after we had lost the girls for the fourth time, he commented with hope that maybe they had been eaten by a Jaguar.
This was the last activity for my new friends who had booked a shorter trip and headed off the next day, leaving me and…well, pretty much just me (the Brazilians were there but had defaulted to the exotic activity of sitting by the pool). So, I headed out, just me and our guide. I was excited because, without the brazilian-squealing-howler-girls, there was a much better chance we could discover some animals. Little did I know my guide was also excited. But for a different reason. One lone girl. One Guide. In the woods. Seriously?!
When you sign up for a local tour guide to take you into the depths of beyond, you put your trust in that person. I would not have found my way out of the trail he took me on if my life depended on it. Therefore, I was deeply uncomfortable when, thirty minutes into our trek, my instinct of where the lodge was had gone completely, the guide had a question for me. Did I want to come stay in his hammock? Now, in hindsight, as chat up lines go, that is probably one of the better ones I’ve heard, and it was said ever so politely, with no effort to touch me or make any other kind of move, just a simple question. But let’s consider the context. I’m alone with him, I have no idea where I am and he is carrying the biggest machete I’ve ever seen (postscript – biggest until I got to Nicaragua). And from the previous days I already knew he was skilled at using it.
Ever so English, I politely replied, ‘That is a very kind offer, but thank you, I am fine with my dorm.’ We walked on, an awkward silence, every twig and leaf crunching sounding painfully loud. As we finally neared the path back to camp, he made one last attempt. Did I like Caiparinas – he’d spotted my weakness. Off guard, I replied yes. Good, he intended to make me enough Caiparinas I would not be able to find my way back to my dorm and would have to stay in his hammock afterall. Nice! Again, I politely refused, grateful I could now see my dorm and could make a run for it if necessary. Never mind the killy-horse-snake, the horny-machete-wielding-guide was a bigger risk.
He made one third attempt before we finally got back to camp, was I really sure. Tired of his persistence, I brought out the big guns. This boy was no more than nineteen. I had something that would put him off in an instant. Yes. I told him my age. My real age. He looked at me in surprise. Really. Yes. Oh. Suddenly the effort of lime squeezing didn’t seem worth it. I made a sharp exit to my dorm where I stayed until the truck came to take me back to my bus out of the Pantanal.
I don’t blame the guide for his attempts. He is stuck in the wilderness eleven months a year, his only access to woman being those that come through the lodge doors. But don’t do it in the middle of the jungle, when you’re wielding a machete. Not cool. The other problem I had was that on the trek my guide had pointed to a green plant with the warning to not come into contact with it as would be the equivalent of getting a thousand mosquito bites, but worse. Which plant I asked, looking at the thousands of green species, as I did exactly what he’d told me not to do. Walk into it. 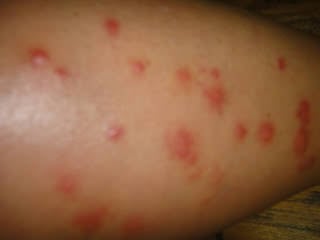 I can confirm that coming into contact with that plant is exactly as he described and I spent the following ten days with the most hideous rash on my legs, a rash I still have scars from even now, over a month later. But, that is one of the risks of getting close to the remoteness of nature and it was a small blip in what was otherwise an amazing experience. John Grisham’s books may be hit and miss, with lazy endings, but his locations are second to none.