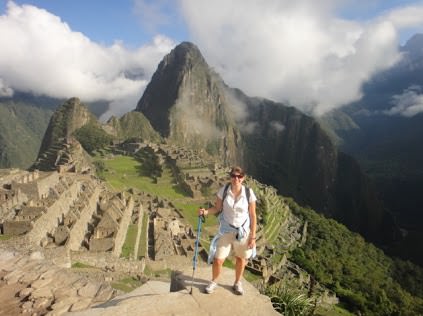 It was my birthday yesterday, a day that always prompts in me a brief moment of reflection, probably more so than the turning of New Year.

And I have a confession: this year I have reached the grand age of 37. Yes, I know many of you are familiar with my ‘travel age’, which is 26 (though I think it is in need of revision), but my real age puts me in a peculiar no-mans land of ages. I’m no longer early thirties, not quite reached the petrifying concept of the big 4-0. As I like to put it, I’m on the wrong side of 30 and feel like I’m aging fast.

Which makes me think about where I am in my life. If we were to look at the bald facts, my current situation could make you believe that I’ve not achieved much in this game that we call life. I am technically homeless, spending most nights dossing down in a dorm that usually has upwards of 10 other people in it. When I return to England, I spend most of my time begging a night on a sofa or in a spare room of friends or sleeping in my childhood bedroom at my mum’s house. Effectively, I backpack around my home country, living like the littlest hobo dog I used to watch on tv as a child.

I spend my days desperately scrapping it out with the significant competition to make a name for myself as a writer…something I haven’t yet made a substantial success at (though I add the hopeful caveat of ‘so far’).

Consequently, I have a less than mediocre income, often working to the theme that is well described as a busy fool – putting in lots of effort for little financial return. Designer bags, shoes and clothes are a long-lost dream. In fact, for the past three days I’ve worn the same pair of socks consecutively and I’m currently wearing a skirt that I borrowed from my mum (she has very good fashion sense, I should add).

I’m long-term single, largely through my own issue – that I’m deeply uninspired and bored by the majority of the men I meet (perhaps too frank, but true). There is no husband. There are no children. No house. No mortgage and a career that could truthfully better be considered a hobby. I’m 37 years old, I’m all of these things and yet above all else the one thing I am the most is happy.

Sounds hard to believe? Let’s go back a bit in time and look at my life over my past 5 birthdays.

In 2012, I spent my birthday in London enjoying the street food  on the city’s South Bank supping on wine, feasting on cheese and standing under cover while England’s wet weather poured down the collar of my neck. Cocktails and dinner with friends followed. I was equally homeless, having spent the previous three months tapping out articles for minuscule pennies per word in a Troglodyte cave house in France. I was weeks away from a one way ticket to Mexico and despite being sodden from the rain, I was 36 and happy.

A year previous, in 2011, I hit my mid-30s just weeks after the 11 March tsunami hit Japan. I was mid-way through the most significant event in my life – my first round the world trip. And although I was alone, several floors up in a hotel in Japan, the aftershocks continuing to move the building and scare the holy crap out of me, I couldn’t remember when I’d last felt so alive. My next stop was Singapore and several months travel through Asia lay ahead. 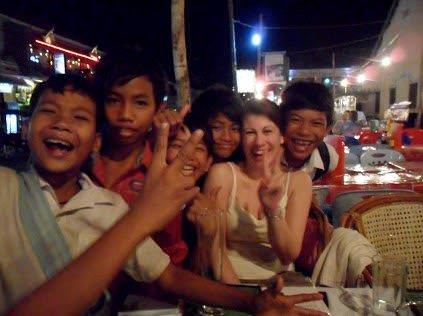 My birthday in 2010, although made fun by the always impressive amazingness of my friends, was marred by the fact I was in the crux of a devastating break-up. A ten-year relationship turned sour practically overnight and without warning (at least from where I was sitting). I thought it spelled the end of my life. As it turned out, it just spelled the end of my life as I knew it. I was desperately sad, the only hint of happiness found in the photographs and memories of a trip I’d taken the previous month – my first solo adventure to Cambodia and Vietnam.

I couldn’t foresee at the time how that short jaunt to Asia would work at the threads of my very existence, awakening my long dormant sense of adventure. I was desperately sad and scared – change was coming and I was petrified. Nevertheless, when I found myself at a fork in the road of my break-up – find a new house, perhaps a new job, even a new man…or do something fundamentally different, I did the scariest thing I’ve ever done in my life. I took the road most unfamiliar. I threw some stuff in a rucksack and headed out into the world unable to anticipate a single minute of what lay ahead.

So that leads me to my 34th birthday in 2009 and a version of me and my life that I now barely recognize. I was a lawyer (in some circles, a profession that is considered to equal a successful career). I lived in a 5 bedroom house on a patch of English countryside common. I can’t recall the exact dimensions of land but know it was measured by parts of an acre rather than feet. There were almost as many bathrooms as bedrooms and so many rooms that one of them occupied nothing more than a piano. Designer shoes, bags and clothes were all mine. I’d developed a Friday night expensive Champagne drinking habit, sipping Krug as mindless talk shows and the worries of the work week washed over me. The first trip I’d taken that year cost around $10,000 for two people for 10 days to the Caribbean.

I was living the consumer lifestyle dream and as much as the veneer of happiness was thick and well-worn, there was something hollow inside. I was dis-satisfied with my job and career choice and dreams of packing it all in to travel were bubbling under the surface, but I wasn’t brave enough. I was too scared to travel, stepping off the usual cradle to grave lifestyle that involved 40 plus years of conventional work in between. I had a mortgage, a relationship, a future that led predictably to a comfortable retirement plan. And so, I spent my 34th birthday lighting $25 candles, sipping $150 champagne. Alone. As I waited for the aforementioned heartbreaker to come home from work to afford me the time for an obligatory dinner at an over-priced restaurant before he promptly fell asleep on the sofa shortly before 10pm. I sipped one more glass of Champagne (again, alone), blew out the scented candles and retired to bed, the day considered a success according to the mediocre standards I’d come to accept.

On paper and judged by the criteria of mainstream, modern day life, I had it all. And I thought I was happy. In truth, had circumstances not changed in the way they had, I’ve no doubt my life would have continued as it did, and I’m sure I would have tolerated with a level of happiness what I had.

The events that led to me leaving behind ‘normal life’ and becoming the digital nomad I now am is not something I’ve ever talked about on my blog, mainly because it is a very personal story, and not one that needs to be dwelled on, and certainly not publicly. So, why am I sharing these details of my private life?

The answer is that I want to inspire. Whether your dream is to travel, to write, to be an actor or a chemistry teacher, I’d encourage you to take a chance.

Some people might read the above and think that fate has had a hand in my life, throwing me a bad situation that led to something better, the old adage ‘everything happens for a reason’ comes to mind. But, the truth is I’m not sure I believe in fate (even after a substantial spiritual stint in India). And I don’t believe that everything happens for a reason – I still can’t find any good reason why my tooth broke in Nicaragua and I had to spend two months ruining every photo I tried not to smile in (and nor could my Buddhist mentor figure out the purpose of this life blow).

What I do believe in is taking every opportunity that presents itself and if opportunity doesn’t knock, going out to find it. Discover what you want in life and pursue it to the end. It may not be an entirely fun process. At times it will be scary, at others downright hard, but the pursuit of happiness is surely worth the sacrifices?

Yesterday, I celebrated my 37th, no-mans land of a birthday and my life couldn’t be more different to the version of me five years ago. I’m so far off the path of mainstream life, it is scary and I’ll admit that I’m occasionally tempted to step back onto the rollercoaster of corporate life, but only to take a temporary break from the fear that naturally comes with doing something different and risking the cost of failing at your dreams. 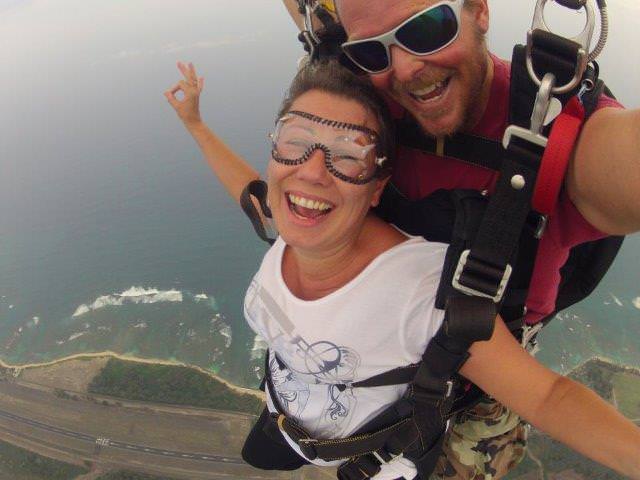 But then I look at the things I have done since I bought my first round the world ticket. I have visited so many countries I’m starting to lose count. I’ve jumped out of a plane, sipped coconut water on Copacabana beach, stared into the eyes of a wild orangutan, fled from the Triads in Beijing, taken in the views of Macchu Pichu, salsa danced my way through Latin America and tobogganed to the bottom of the Great Wall of China. The list could go on…and on…and on.

Yesterday, I dined on potentially deadly fugu…and survived. I may have ended the night in a 20 bed dorm, no home to call my own, still scratching to succeed as a writer, but as I blew out the candles on my cake I had only one wish for the coming year. It wasn’t for a car or a property or even a six figure book deal (though if the birthday fairy is listening, I wouldn’t say no!). All I asked is to spend another year being happy.

Hopefully that happiness will translate into more travel and more tales for me to share.