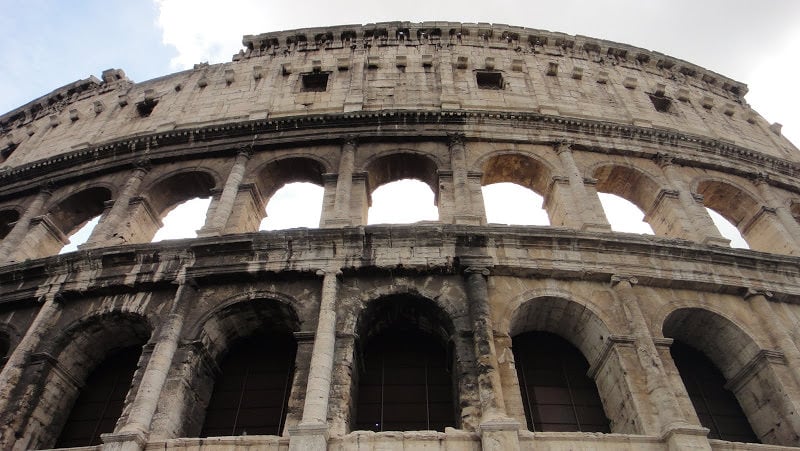 Today is my last day in Rome before meeting up with my Travel Amiga Karen tomorrow for one night in Madrid followed by a Southern America adventure. Happy hour finishes in 30 minutes so I’m on a deadline with this post! Here are the high (and low) lights of the past couple of days.

Arriving in Rome at Night

Tip: don’t arrive late in Rome when you are staying in the Termini area – think Kings Cross, London before the regeneration. Dazed and still with sea legs, I took the wrong exit from the station which put me slap in the centre of hookersville. Not in the mood to earn any extra funds for my trip, which would have been a) tricky with a backpack and b) unpleasant for potential clients given I’d not showered for 24 hours, I quickly retraced my steps.

Finally finding the right exit I worked my way to the hostel fearing for my life bransishing a small torch and whistle as my only protection – in hindsight I’m not sure whether my plan was to blind or deafen an attacker. And in even greater hindight, my six blade Swiss Army knife would have proved a better weapon. This is a continual learning process.

The sights of Rome at night 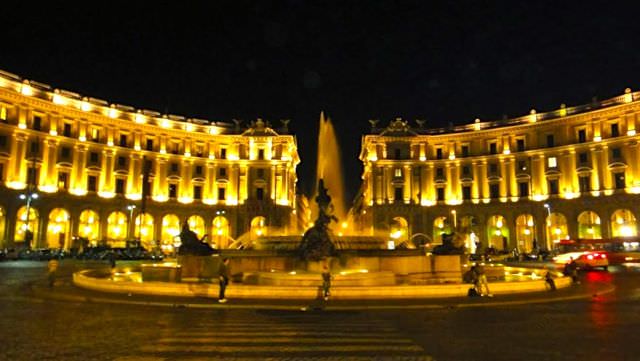 I spent the following two days cramming in the sights of Rome, which blew my mind. It is like someone rounded up all of the famous things I’ve ever seen in movies and and read about in books and dumped them all in the same few square miles (unfortunately this doesn’t include Brad Pitt). I started to get complacent by the time I had seen the fourth or fifth Michaelangelo fresco but overwhelmingly I feels like I’m living in a Dan Brown novel with all these exciting locations. 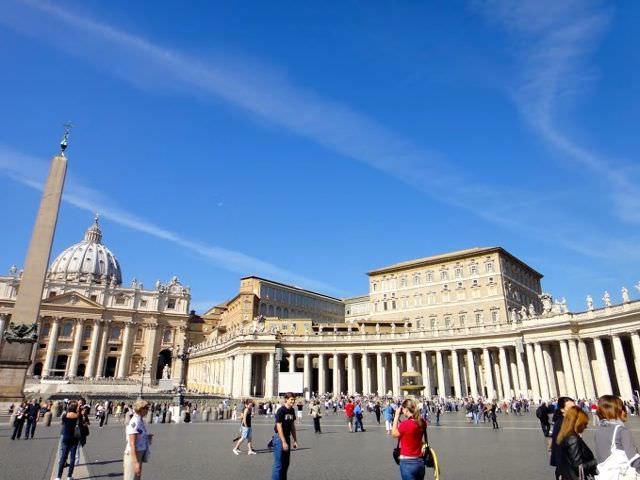 All in all I have concluded that not only were the Romans show offs (good for them!), a three-day stay is not enough and I will definitely have to return. One bonus is that I have a great bunch of room mates who were keen on roaming the streets of Rome at night. This has allowed me to cram in more sights and, even better, see them lit up and without the crowds….accompanied by a small beer which, according to a rather judgmental Italian guy is a uncouth activity practised only by the Brits and Americans. Personally, I think he was jealous of my beer given he’d clearly been stood up at the Trevi Fountain. Why else would be be there at midnight alone checking his watch holding a rose?

After two full days of sights and two weeks of checking the price of everything I had a blow out today. A BBBBBeautiful Furla handbag is now mine: soft Italian leather, expensive and complely pointless with my impending trip around South America, but a purchase that gave me a rather large rush of endorphins as I handed over my credit card. Clearly it would not have been right to take my new bag back to the hostel straight away so I took it a lovely tea room for a glass of Prosecco and a slice of lemon tart (€10 a piece – the blow out continued) before returning to my hostel to work out how to recover the splurge through future savings…still trying to work that one out.

Hostel styles – to party or not to party

On the note of hostels, I’m starting to learn that there are definitely different styles. None of them bad so far but definitely different. The Yellow (my place in Rome) is much larger than the places I stayed in Madrid and Barcelona, with up to 150 fellow travellers and has a much younger vibe to it. The kitchen is non-existent in favour of a bar with happy hour, jager bombs and ipads instead of internet points. There are drinking games and overall it feels like a renaissance of my university years, Runnymede 1994-1998. But the thing I’m liking about hostels above all else is the general assumption of youth. The age question comes up a lot – not just of me! It’s up there with i) what A-levels did you do and ii) where have you been. Spewing with delight, the oldest guess I’ve had so far is 28 and there is genuine surprise when I confess my real age. Yay!

All of that said, meandering through ruins, sleeping until 10 a.m. every day, sunshine and, above all else, not having to go to work and argue all day about Terms and Conditions on adverts is having a positive effect on my wrinkles. Now all I need to do is find the cure for grey hair. Otherwise I will need to continue with the dye to maintain my deceit! 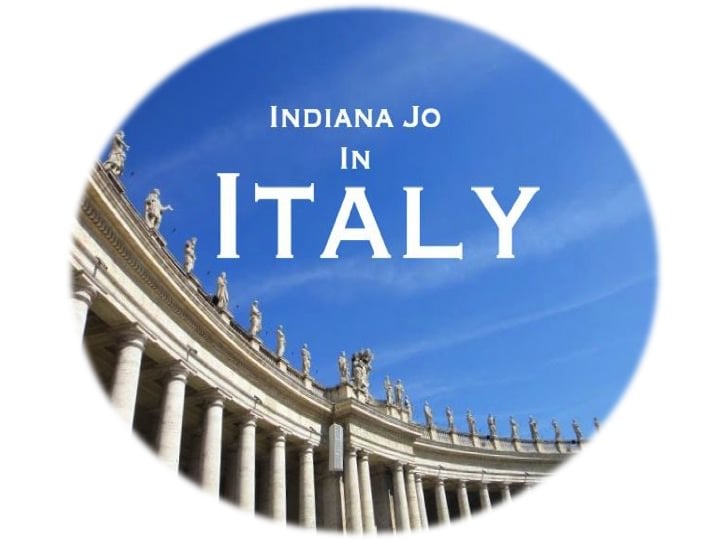