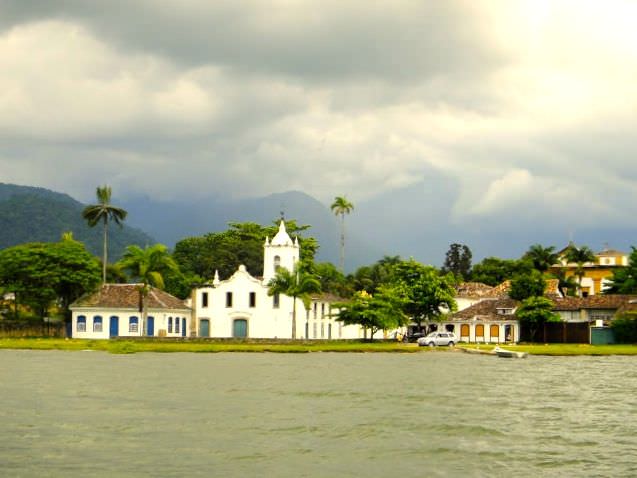 The question that remains in my mind from my time in Paraty, Brazil, is whether the boat was stolen. My suspicion is yes. The better scenario is that it was just ‘borrowed’, but I get ahead of myself.

The tequila influenced plan to travel from Sao Paulo to Paraty with my new found Brazilian friend actually came to fruition. But before I got there, I had to head back from the Pantanal. The journey was always going to be long but I did not expect the additional five hour stop on the side of the road in the middle of nowhere.
It started when I was woken by what sounded like a tyre blowing. Ahhhhh, I sighed as the entire Brazilian bus population poured off the vehicle at speed. Ever so English, I queued and waited my turn. No pushing and shoving from me. I was bought up better (thanks mum).
When my turn finally seemed to come, I collected my bags and headed off the bus…when my fellow travellers started to pour back on, panic in their eyes, to collect their belongings. This time all manners went out of the window (sorry mum) and I pushed my way to the exit where I located the source of the problem. The bus was on fire. Ahhhhh, my sigh deepened. This was not going to be quick.
Collecting my back pack and finding a spot which I considered beyond the blowing up zone I settled in for a long wait, and I wasn’t disappointed. It was coming up to 7am and already I needed sun cream. After about an hour the first team turned up: an ambulance to dress the hand of the bus driver who had heroically put out the fire (presumably with his hand – ok, not true and not even a bad joke!) and a mechanic.
Now, not possessing too many (read: any) mechanical skills I wouldn’t want to criticise but I’m pretty sure after a small explosion, twenty minutes of fire and an engine covered in foam, there was little that could be done by way of repair. But, that did not stop the team looking at the engine from every conceivable angle for over an hour before shaking their heads and driving off.
I was starting to get hungry and was suddenly grateful for my Bear Grylls style survival instincts. I had a pack of crackers, a jar of marmite and a choice of six blades on my Swiss army knife to spread it with. Bliss, I tucked into ten crackers. Another hour passed, as did another ten crackers and…another repair team showed up. Perhaps it was lack of confidence by the first set of men, perhaps lack of communication, but the routine was repeated. Another ten crackers, another application of sun cream to my now burning body and off they set. This time, however, the news was firm. This bus could not be fixed. We needed a new bus. Hallelujah!
By the time the forty year old, battered, dusty replacement bus roared up I was borderline in need of medical assistance. From salt overdose. My tongue was stuck to the roof of my mouth from the marmite/cracker combo I had excitedly feasted on and the near sun stroke was making me so delirious I was at risk of slicing off my fingers with a choice of six blades from my Swiss army knife. Fortunately the bus bought water and I was able to return my mouth and body to some semblance of normal before undertaking the remaining five hour journey that would get me to Sao Paulo.
From there I spent a wonderful weekend with my new Brazilian friend vising her family as we made our way to Paraty. It was an amazing experience for me to be introduced to such a lovely, welcoming group of people that showed such warmth and kindness and allowed me a glimpse of real Brazilian life, even if it did involve her Uncle finding it hilarious to use me as a conduit to insult his nephew in Portuguese. Lesson learned: don’t blindly repeat foreign phrases simply because someone tells you it is a compliment.
After three days on the road (and one instance nearly off the road – bad combination of speed, sheer drop, ipod and iphone manipulation), we got to Paraty. In one piece.
This town is famed for its beauty. Cobbled streets that are impossible to walk on and an ocean view to dream of. Pulling up at the beach front hostel the fate of the backpacker trail had us collide once more with the Aussie boys. At their suggestion and having assembled a group of six we sauntered to the docks to hire a boat. A day drinking beer, snorkelling in Paraty’s clear waters and lounging on the deck in the sun while we traversed a series of islands was in order. 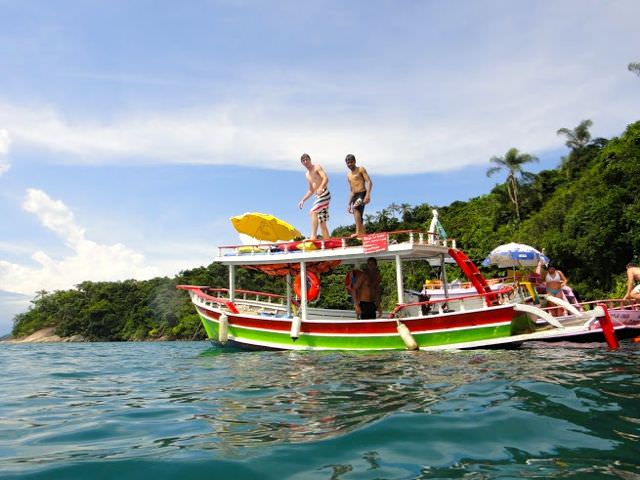 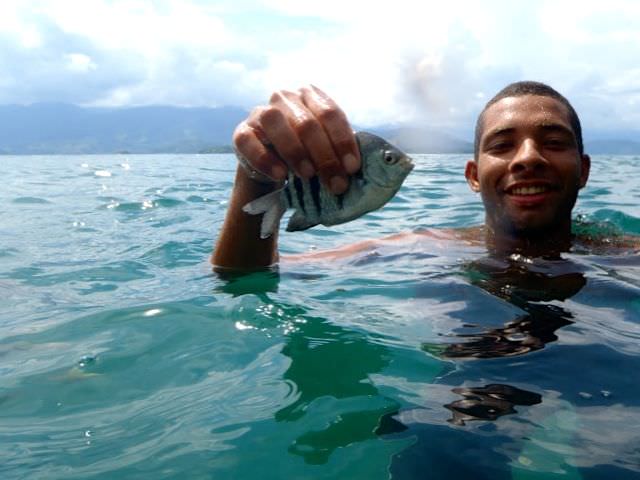 Woozy from the sun and booze we headed back to the hostel in time for happy hour. Caipirinhas galore. It was the perfect prelude to the fiesta taking place in Paraty’s main square that night. More street vended Caipirinhas and the cobbles were becoming easier to negotiate. I did have to wonder at the strength of the drinks when I thought the street seller was squashing the limes with a long, wooden penis shaped tool…except it turns out he was. I will forever wish I hadn’t seen that happen. 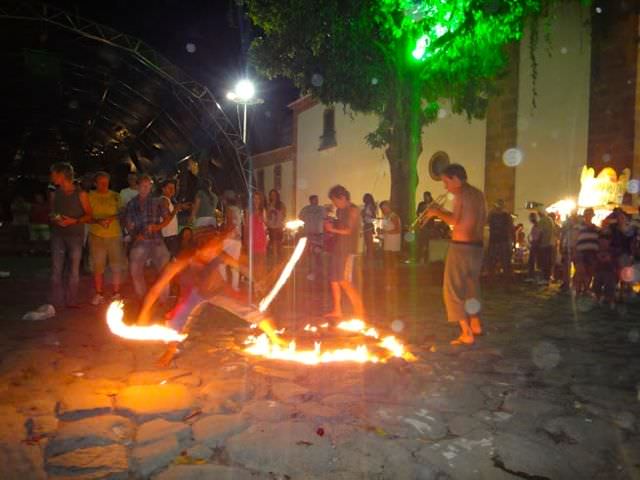 As the party was winding down we bumped into our favourite boat skipper. Did we want to have a boat party? Of course! A slightly larger group than during the day gathered quickly and we headed to the docks. We waited for the best part of an hour before our instincts told us something was awry. Why would it take that long to put the key in the engine and bring the boat to the far end of the dock? For that matter why were we at the far end of the dock. Some answers came to mind as a large boat boomed up, party lights flashing, Bob Marley screaming from the speakers. It wasn’t the boat from that day. Had we just found out how long it takes to hot-wire a boat?
I’d like to think, given the lack of interest in concealing that we were in full possession of the boat, meant that it was just ‘borrowed’. What I do know is that it did not belong to any of the guys who had commandeered the vessel. Clearly this was a problem and I hesitated for a whole ten seconds before hopping on board for a night of partying in Paraty. A quick assessment told me that the police were mounted on horses that took the best part of an hour to get anywhere on account of the cobbles. The risk was low and the fun was high.
The night ended with the promise of a hangover which, the next day, didn’t disappoint. It was time to move on. My final stop in South America after four months. Rio de Janerio. Former Crime Capital of the World.