This post was tapped out during a Hawaiian Tsunami Warning. I’m told it was the first evacuation of its kind since 1982 (though I would need to verify that).

Receiving News of the Hawaiian Tsunami

We went out to secret beach today, which, as it turns out, is not so secret given it was mentioned in at least two popular guidebooks, but that is not the significance of the trip. We went there to see the surf, which has been unexpectedly high in recent days thanks to a combination of the forthcoming full moon high tide and an unusually large swell. The waves were phenomenal, hitting over 10 feet, crashing and thrusting surf into the air.

As the sun downed, we headed home, wondering what the night would hold. It’s one of the biggest party nights of the year in the USA courtesy of Halloween falling next week, but before we had a chance to decide, the course of our night was determined for us. An announcement by Autumn, the sweet mumsy hostel owner who put on a brave show. We sat down like naughty school children anticipating a bit of a talking too following the previous night’s late night laughter – that would have been the better speech. Instead she broke the news that there had been a tsunami warning. She talked through the evacuation procedure and it began to dawn on me. She wasn’t running through the possibility of evacuation, it was a reality and one that we needed to put into action swiftly. It was just before 8pm and the tsunami was predicted to hit at 10.28pm. Shit!

There had been an earthquake off the coast of Canada, the effects of which take 3hrs to get to sea and travel a further 6hrs towards Hawaii gathering the force to create a tsunami, which was expected to hit at 10.28pm, causing the highest level of emergency to be called.

Pack essentials, we were advised. Warm clothes, camping equipment and water. I grabbed beer, wine, food, my laptop and updated my facebook status. Interesting choices in the circumstances. Calm adrenaline ensued as we realised the first snatch of essentials wasn’t all that could be had. I added the recommended list of items to my bag including my Swiss army knife, raincoat (hey, tsunamis are surely going to be wet), a change of underwear and a good book. Rides were being organised for those without a car (thanks Cameron and Nick), teams were formed and game plans made. A bid to get more fuel was abandoned, which was probably for the best as cars don’t tend to drive so well in the surf, but it permitted a third round of sensible thinking – pack everything I had and stuff it into the boot…sorry, trunk (American English fails me in times of crisis).

We bundled into the car and headed to the allocated evacuation zone, the High School, which handily also sits on higher ground, unlike the hostel with its sea views and a location so close to the coast there was, at the time, no way to know what would be there when we returned. We closed the windows in futility.

As panic settles and the countdown continues, a sense of calm seems to have arrived. Cards are being played, chats have ensued, news is being watched with interest and people have heading into the school grounds and the cool of the night. As I sit here, the most panic raising moment has been the cockroach running past my feet, clearly having heard the evacuation siren and headed for high ground himself. I wonder as I sit here how long it will be before we break out the glitter and glue, an award (beer) for the best big wave picture.

The news is somewhat predictable. As in most moments of panic one of the biggest problems is the stupidity of the people as frantic buying starts (toilet paper and water reported to be the biggest concerns of the people of Hawaii), and there have already been injuries reported as car accidents have increased that have blocked the roads across the islands, trapping people on the low level in the path of any oncoming waves. Equally, idiots have been heading to the shore, preventing those wanting to leave.

Meanwhile, the sirens continue to ring regularly, hoping to warn those in remote locations or living homeless, though there have been some reports that the sirens have failed across certain towns and I hope my two friends trekking and camping along the coast make it down safe tomorrow with little to no knowledge of the commotion that is going on right now. The news advice coming in from Pearl Harbour is that they are not moving their ships but all harbour boats have been told to get to the open ocean – the words ‘get out and gun it’ was the news presenter’s advice. Interesting choice of non-calming advice that makes me wonder if I’m an extra in some weird Hollywood movie!

From time to time I hear fast rushing water only to realise a tap has been run, a bottle filled. I’ve eaten my chilli with the handle of my toothbrush, having forgotten to pack my fork (panic packing failure and making for a minty meal) and now we wait for the waves that have been predicted at 2.5 feet on the island of Kauai (the place I currently call home) but are expected to continue through the night until the evening’s high tide passes.

With less than 20 minutes until the predicted time of hitting, the last sirens ringing out there is no time to proof read this post and I don’t want to spend any more time blogging. I’m heading to the wine and will see you on the other side…

After the Danger Passed

Fortunately the waves were not as fierce as anticipated and though a tsunami did hit the shores in technical terms, watching the beach webcams online, it was hard not to feel a little duped, pulled from our Saturday evening and forced to sit in a classroom because of a few lapping waves that looked less scary than the ones we’d seen that afternoon. Of course, the sensible evacuation was a good idea and we were, in fact, very lucky to have the sense of over reaction. 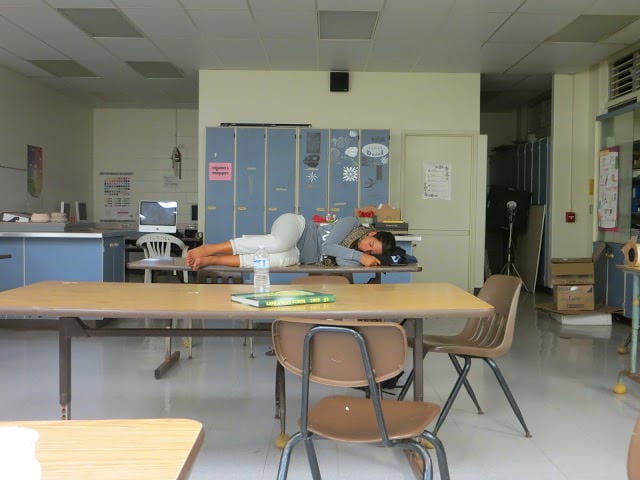 We were told to wait a few more hours for subsequent waves to pass, which they did without consequence, the biggest problem being the wine-ami I caused when I sent a wave of Sauvignon Blanc over my laptop as I tried to swap away a thirsty fruit fly. Fortunately, there were no electronic casualties and people continued to chat or grab sleep.

Close to 2am the police road block was lifted and we were allowed to return back to the coastal road and to our beds, though not before sitting in a post evacuation traffic jam.

Clearly I’m delighted in more ways than I can say that this turned out to be nothing more than a false alarm and another experience to add to the life of Indiana Jo. 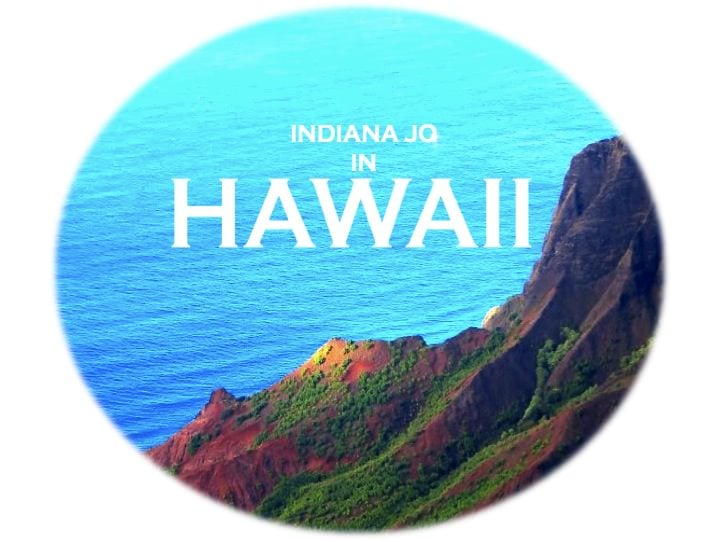