Home » Blog Posts » Personal » If you Can’t Be Brave, Be Stupid

I was treading water in the dark wondering how the hell I was going to fit through the tiniest crack in the rock when I had a flashback. I’d been in exactly this situation before, in Guatemala, about a year previous and I’d sworn then I’d never get myself into the same fix again. Yet, there I was, chin deep in frigid dank water, this time without a candle between my teeth and instead of a waterfall to scale up by rope I had a 20 foot wall of rock and rotting bamboo to ascend in order to reach the light of day. Obviously I had to scale the rock barefoot and wearing a bikini that had already failed me twice with a level of near nakedness that reminded to buy some sort of sports version for these very activities…
…except the whole point was that that I trying to avoid getting into these situations in the first place.
As I take myself solo around the world I encounter many people who, for some unfathomable reason, consider me brave, and I guess when I recount tales similar to that above, I suppose I can see why. The reality, however, is quite different – I’m not very brave at all. In fact, I’m scared out of my wits pretty much most of the time and for a girl who lives such a nomadic life that forces me to rub shoulders with adventures more than I’d like, I probably possess more fears than most.
I’m scared witless of:

*falling – down, off or over pretty much anything bigger than a step

*the spiders, cockroaches, wasps and scorpions that share my world

*water – deep, shallow and even some powerful showers*zucchini (courgette) – hey, nobody said that fear had to be rational

*sounding stupid when I dabble with a new language

*eating alone without a book to read

*being robbed, raped or shot whether individually or all at the same time

*women with hairy legs (including my own)*men with shaved legs or, sometimes, just men

*any knife bigger or sharper than a steak knife, even if I’m cooking

*people not laughing at my jokes*getting up before 9am

The list could easily go on – there are a many things in my life that freak me out on a daily basis. The fact that I come into contact with all of this scary stuff quite regularly doesn’t mean that I’m brave. Most of the time I have wound up in these fearful situations simply because I am stupid.
It took me over a month to psyche myself up to get into the water with a whale shark and I spent the entire time nearly drowning because a panic attack through a snorkel while swimming at full speed isn’t the easiest thing to handle. Conversely, I stepped into a cage with a tiger without much concern when someone suggested the activity and I went along for the ride without giving it any real consideration. It wasn’t until I saw the impressive beast tearing up a chicken while I was advised not to approach from the front, as the tiger may want to play, that it occurred to me that it could easily kill me with as little as a playful yawn. But, by that time it was too late and the only thing to do was crouch low and sit in the tiger pee as instructed so as not to get mauled while he ate.
The cave swim I mention above came about in much the same way – I completely failed to find out what was involved before my feet left the rock and I splashed into the water with no way out but onwards. The same happened earlier that week when I found myself 8,000 feet up, clinging to the face of a volcano wishing I’d found out a little bit more about the 12 mile hike that took me along endless switchbacks that were definitely bigger than a step and had the potential for falling up, down and over in one false foot.
It’s a pattern than seems familiar throughout my entire trip – I took myself to South America not knowing a word of Spanish beyond cerveza, I pack a knife that could definitely do some damage to a steak, I’ve conversed with women with hairy legs, got lost in nearly every city I’ve visited, turned up in towns at 3am without any possibility of a bed, had to apply a mouthful of filth and kick in the nuts to a man who tried to force me down local rape alley and, perhaps most traumatising of all, I have eaten zucchini.
Did I do all of these things because I was brave? Of course not! I missed my train, which resulted in the detour down rape alley. I only realised afterwards that the hairy legged woman wasn’t the guy I thought I was talking to the night before. I have never learned to read a map but I’m too stupid to admit I’m lost and the main purpose of my penknife is to open wine and tweeze my eyebrows, the knife functions merely ancillary. As for the zucchini, I really should have asked what was in the pasta before I accepted the free dinner invitation…all of these actions have one thing in common – they are instances where I have been unforgivably stupid.
Back to the whale sharks, it took me a long time to pluck up the courage to get on that boat and even more to hit the water, and there are some activities I simply didn’t do because my logical brain has talked me out of them. Imagine the fun (not to mention the photos) I would have had if I hadn’t estimated the likelihood of death from doing a bungee jump on a motorbike into a nightclub swimming pool while being set on fire. Sadly, it’s an operation in Bali that has since shut down.
One of the things I have learned from traveling is that opportunities can pass you by in a split second, and you may never get the chance to seize them again. I spent years afraid to dive and now that I have found the courage, I’m unable to give it a try because of a dysfunctioning Eustachian tube (try saying that when you’re drunk!) that developed a few years ago.
The moral of my story is this: If you don’t have what it takes to be brave, don’t worry. Simply disengage your brain and be stupid. Who knows, something exciting might happen. 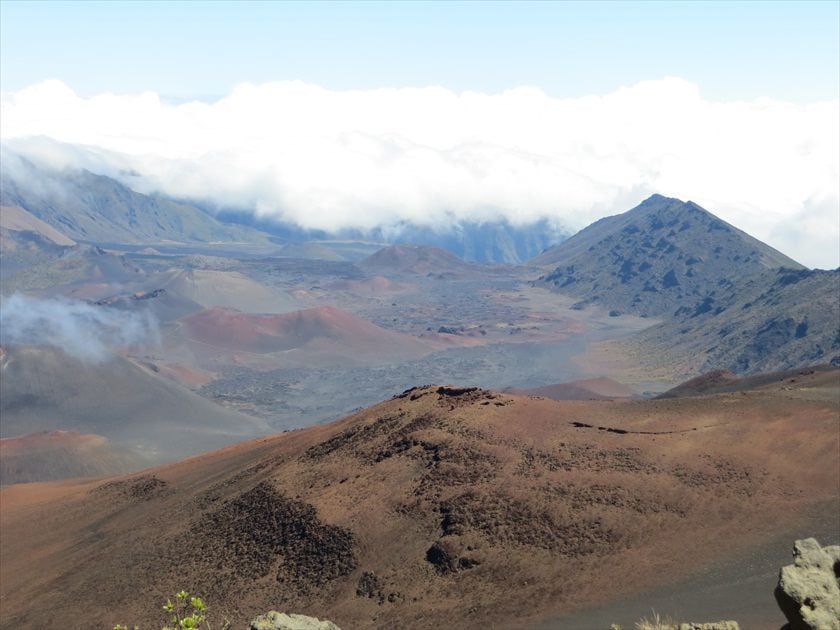 4 thoughts on “If you Can’t Be Brave, Be Stupid”