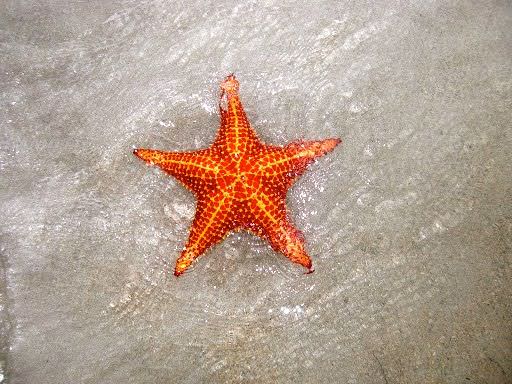 All I wanted was a beach that wasn’t littered with a million other British sun worshippers elbowing each other for a sun towel sized patch of sand. And I found it in Bocas Del Toro.

An archipelago of islands of the north east coast of Panama, the islands truly feel like paradise lost. Palm trees lie where they have fallen, coconuts roll to a stop and remain untouched. Startfish. Translucent water and, most importantly, only a smattering of beach go-ers. A little slice of Heaven.

After nearly a week in Panama City, I was finally Bocas bound. I hit Isla Colon first, stopping in Bocas town. It was a personal challenge to get there. Not because of distance (though it is 10 hours by bus from Panama) or difficulty (taxi-bus-bus-boat), but the sub-zero frigid air conditioning on the night bus. I’ve suffered more than my fair share of inhumanely cold night buses, but this one had me stepping off at 2 a.m. to get a coffee just to reassure myself my hands hadn’t fallen off. They hadn’t – relief!

By day the island had a hippy beach bum vibe to it and if you were prepared to cram yourself onto the 24 seater minibus with 64 people on it (you making it 65), you could while away the day on the island’s virgin beaches. But by night, a whole different side of the island materialised. Like Mogwai in the Gremlin’s movie, you should not feed this island backpackers after midnight. 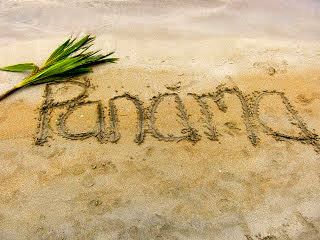 Equipped with the wonderful company of two German ladies, we headed out to sample the local night life. How can I describe the first bar we went to…in three words – The Porn Bar. We were lured in by the salsa music pumping out (not, as it turned out, that anyone was dancing) and three beers for £2 wasn’t a bad thing. But being the only non-locals was. As soon as our white, European asses hit our chairs we were descended on by the local men (middle aged and toothless, I must add), one declaring to his friend to go away ‘these three are mine’. Nice. And it wasn’t just the men. One woman went to great efforts to take pictures of the funny looking foreigners in the corner. But we were not the only thing in the corner causing a stir. Next to the bar was a pay per view porn TV. Where one local was stood fixated having slotted enough coins into the machine to get his nightly dose of titillation. Literally. Feigning a polite yawn, draining our beers in record speed, we legged it. (Well done to the German ladies – impressive – and I’d almost go so far as to say life-saving – drinking skills).

We should havegone home at that point. Coulda-woulda-shoulda…we hit the next bar, checking first it had a) other travellers; and b) no porn. As an added bonus, it had salsa music and – shock, horror – people actually dancing. Again it didn’t take long for us to be set upon, but this time by guys from the local salsa dancing school. They made two fundamental mistakes. One – assuming that this white girl has the rhythm to pull off those moves – she doesn’t and after one hour of free lessons, the teacher gave up and pushed me around the dance floor, apparently to good effect. He could dance for both of us, meanwhile I got dizzy. Mistake number two was assuming they could feed us beer and get us drunk. English and German girls. Offered free drinks. I think we consumed more than their month’s salary to little effect. I would have felt guilty had their intentions been more honourable. The night ended somewhere between 6 and 7am with sticky hair and damp clothes from the effort. This was not the Robinson Crusoe experience I had come to Bocas for. It was time to leave the island. 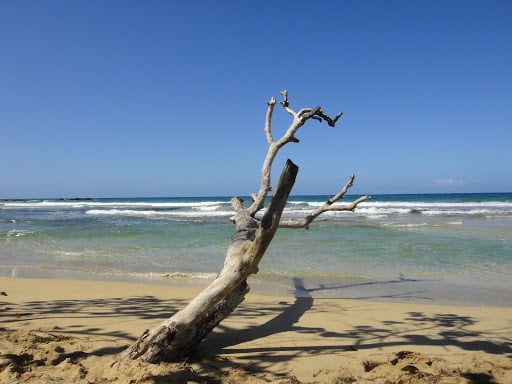 One short taxi boat ride away and I spent the next few days in a haze of tranquillity on Isla Bastimentos. My days were filled with a combination of lazy breakfasts, sleeping on the beach (which was gloriously reached via a short jungle trail, the ocean materialising little by little), long lunches, more sleep, casual sunset beers, quick naps, another intake of food then bed. If this was his life (which, in truth, I doubt) Robinson C had, it good. But it was my life and after ten years of (sporadically) hard work, it was just what the doctor ordered. 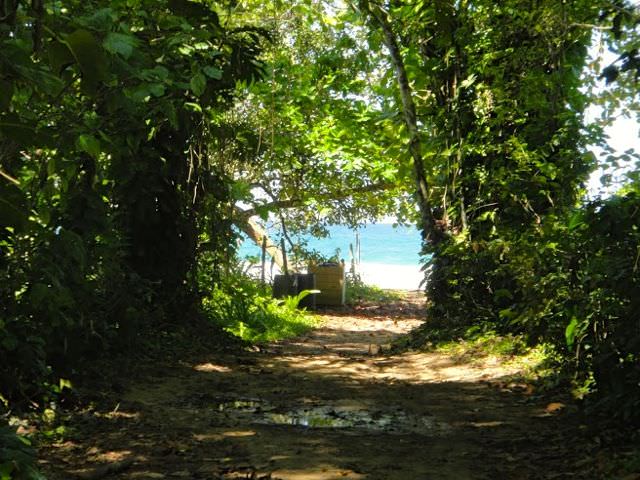 And speaking of doctors, it turned out the night bus had more than a chilling effect on me. Coupled with sharing a dorm with a girl who I think might have been dying from the plague, judging by her cough, I got sick. But not before I retraced my steps back to Bocas town for a rehash of the night life (regrettably without the porn TV, which I had promised my new Swedish friends a sight of) and then crossing the border to Costa Rica – Puerto Viejo. My next destination was a party town. And I was sick. Bad combination. But this is a tale for next time…

Where I stayed: on Isla Bastimentos I stayed at Bocas Bound (now Bocas Island) – the dorms were a bit dull and prison-like (though clean), but the main area was super chilled and the grounds were beautiful. Plus, the walk to the beach through jungle was bliss. You can find Bocas hostels here.